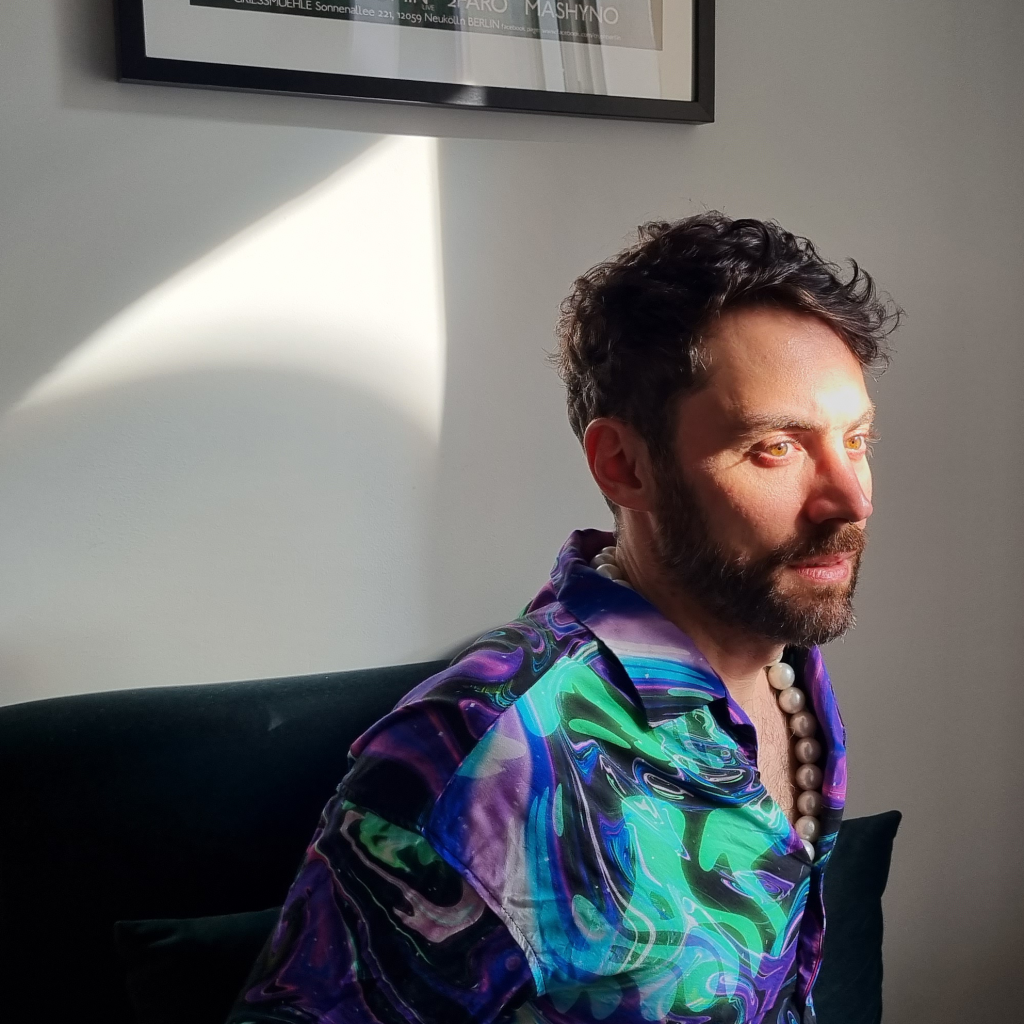 Mashyno is an active member of the Berlin Queer underground music scene.

With a pinch of joy and a touch of madness, his sets bring the audience to a magic rave: from house to melodic techno through nu-disco, acid, trance and that special vibration that we call love.

Mashyno has played in Berlin venues such as Wilde Renate, Griessmuehle, ://about blank, KitKatClub, Suicide Club, Schwuz as well as on some notorious underground parties in São Paulo, Tel-Aviv, Madrid, Stockholm and others.

He is the co-founder and host of several electronic parties including the delicious Golosa in Suicide Club Berlin, where he is also a resident DJ. He has been part of the WHOLE – United Queer Festival from its very beginning.

Mashyno: You can hear several times in the mix the words House, Acid, Ecstasy, it’s a good summary of it. I tried to put some emergency and sexy darkness too.

For sure, I’m curious of everything, I love to take and to give pleasure and I’m hungry for life!

I will keep secret my latest one. But my trip to Whole festival was seriously freaky! A mix of digital colors, shapes, but also very human… And it was not a dream!