La Fraicheur: a finest mix of political feminist and music ✊ 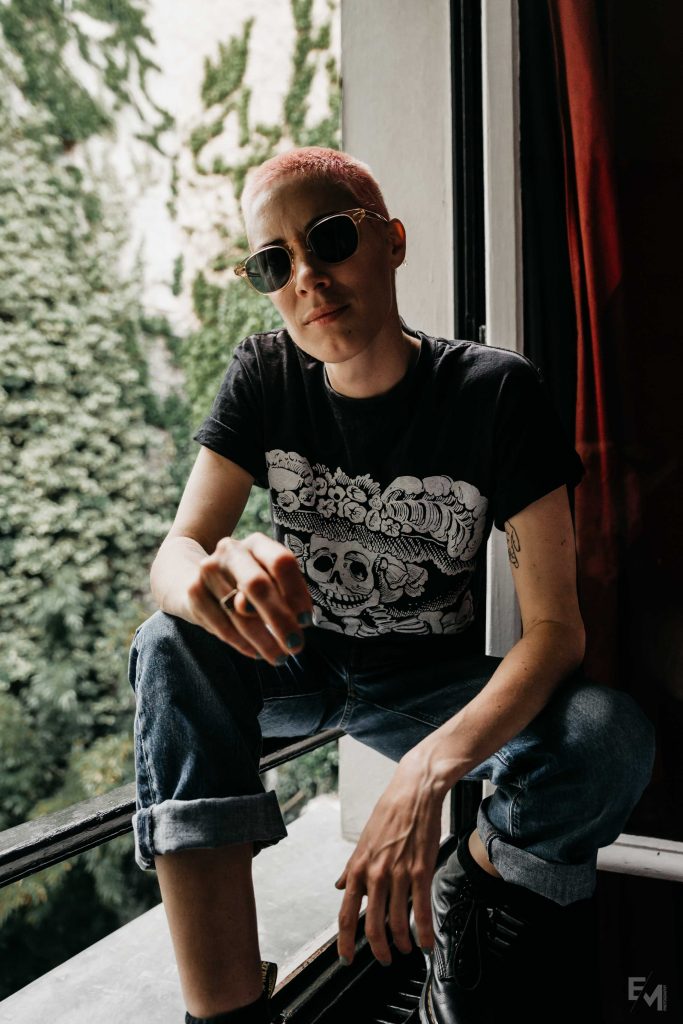 We named the techno floor of Golosa x Genderlich “Burning the patriarchy with Acid (Techno)” in homage to the T-shirt that she made to raise fund for Feminist NGOs. Besides being a producer and DJ, La Fraicheur is also an activist for LGBTQI rights

For over a decade now, La Fraicheur has been brewing her own deep blend of House & Techno beats, making a name for herself with her signature sound of powerful and emotionally charged Techno sets. Resident DJ in Berlin’s renowned Gegen, member of the Female:Pressure network, the queer feminist activist is a marathon DJ who can go on for countless hours, running the gamut from classics to new songs released just hours earlier.

Expanding her craft by producing her own music ranging from ravy epic Techno to dark pumping Electro, spacious open air Deep House to melancholic Electronica, she wrote her critically acclaimed debut album (Released in June 2018 on French label InFiné) during an artist residency at the Underground Resistance HQ in Detroit.

Golosa: Hi La Fraicheur, how can you describe your sounds?

La Fraicheur: I guess i have a different sound as a producer and a DJ. As a producer it’s a mix of political and melancholic multi layered organic electronic music and as a DJ it’s harder hitting and showcasing the diversity of whatever genre I’m playing that night. I hate linear one size fits all kinda set where tracks are interchangeable. If I’m playing techno I love to run the gamut from Acid to Industrial to Deep Emotional to old school Detroit to Hardcore to Ghetto tech to EBM. I like building sets with highlights going in different directions thanks to tracks that have character. m

Could you talk about the mix that you share today with us?

This is a set recorded in France at Made Festival by Mixmag. It’s a good example of how I just described my sound above. It encompasses different styles of techno I love, starting with weirdo breaky shit from female producer duo from Slovenia Warrego Valles and going into hardcore from the late 90’s through a journey built by playing some of my older records that I bought when i was a teenager almost 20 years ago now and that I still carry with me to this day.

What is your freakiest experiences?

I mean it all depends on how we define “freak” and what standards we associate it with. My parents would probably think that me playing at sex parties with people sucking dick one meter away from my face is probably the freakiest while I feel like spending an afternoon at the notary in a gloomy white neon-lit room to get the government to judge and validate my gay ass open relationship tho it doesn’t fit any of its official standards, is probably the weirdest most absurd thing to me that makes me feel certain we live in the Matrix.